Nekopara Wiki
Register
Don't have an account?
Sign In
Advertisement
in: Pages That Need Improvement, Subpages, Characters,
and 3 more
English

As one of the younger Minaduki catgirls, Coconut is among the more emotional of them. Contrary to her outward appearance, she expresses a strong desire to be considered cute, rather than be known for her physical strength. As a Maine Coon kitten she has rapidly developed an adult body which she is self-conscious about; her rapid physical development is what triggered her desire to mature as quickly as possible so as not to be a burden to Kashou or her sisters, and develops a "mature" facade to compensate. This however backfires, and causes her to overwhelm herself and become extremely clumsy. Her repeated clumsiness then causes her to develop a low self-esteem and frequently fall into extreme bouts of self-deprecation. 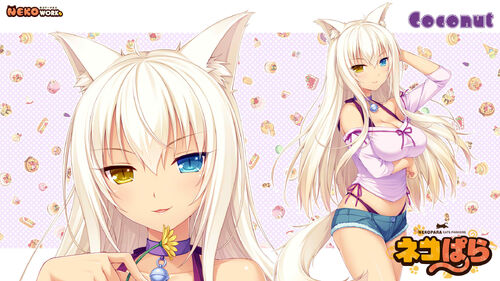 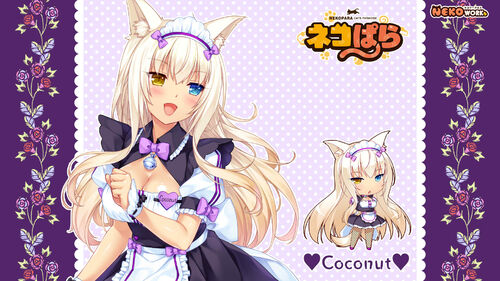