Nekopara is a Japanese anime television series by NEKO Works.

Kashou Minaduki, a son of a long line of Japanese confection makers, moved out to open his own patisserie "La Soleil".

When unpacking his stuff, Kashou found two of the catgirls(“neko”) that his family had been raising hiding in the boxes: Chocola and Vanilla. He wanted to send them back initially, but they begged and pleaded until he gave in. Now they run La Soleil together.

They spent some great time with the help of Shigure, sister of Kashou, and other catgirls in their family: Azuki, Maple, Cinnamon and Coconut.

One day, when Chocola goes out to run some errands, she meets a kitten.

The story starts with their encounter...

The first episode premiered at Anime Expo 2019 for western audiences, along with an anime discussion with creator Sayori and anime director Yamamoto Yasutaka.[3]

On the same day the anime premiered in Japan and for the select regions on Funimation, Avex Pictures announced that they were releasing 3 different Blu-Ray box set's of the anime.

An unoffical DVD of the anime was also launched in Malaysia on an unknown date.

On an unknown date, Funimation confirmed a Blu-Ray for the entirety of the series. This implementation officially released on May 18, 2021. With Episodes 1-8 on Disc 1, and Episodes 9-12 and the text-less versions of the opening credits (Both versions) and the closing credits (Including the version found on Episode 9) on Disc 2. 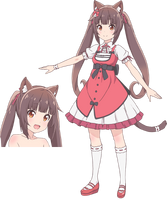 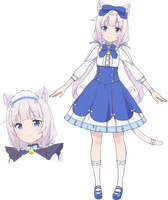 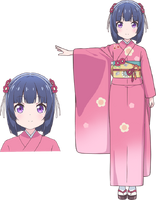 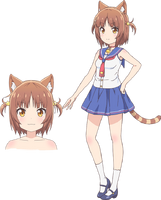 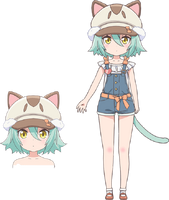