Nekopara Vol. 4 ~Neko to Patissier no Noel~ (ネコぱらvol.4～ネコとパティシエのノエル～?) is an upcoming visual novel by NEKO WORKs. It will be the sequel of Nekopara Vol. 3.

The game so far is about the Nekopara family going to Paris to see their family (That all the information we have right now, expect more in the future) 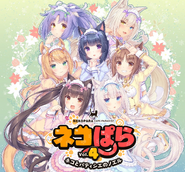 Teaser image for characters introduced in Volume 4, including the return of Milk. 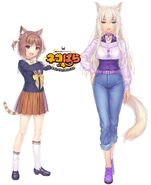 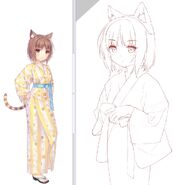 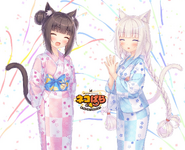 Chocola and Vanilla in yukatas (VOL. 4) 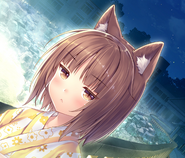 A CG of Shigure in her new costume design

A CG of Fraise

Add a photo to this gallery

Retrieved from "https://nekopara.fandom.com/wiki/Nekopara_Vol._4?oldid=13226"
Community content is available under CC-BY-SA unless otherwise noted.