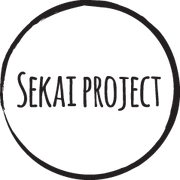 Sekai Project is an American company and video game publisher. They are known for licensing and translating Japanese Template:W into English, but they also publish original English visual novels developed outside of Japan, Template:W, and other non–visual novel video games.

Sekai Project originated in 2007 as a fan translation group translating the visual novel School Days. They later partnered with publisher Template:W, turning their fan translation into the official English version of the game. Sekai Project began publishing games on Steam in 2014. Their first title was Template:W, released in June 2014. Sekai Project has used the crowdfunding platform Kickstarter to fund many of their projects. In November 2014, they launched a Kickstarter campaign to fund an English release of the visual novel Clannad. The campaign exceeded its goal of US$140,000 and ended up raising over US$500,000. In July 2015, Sekai Project announced that they would be localizing manga in addition to video games, starting with Gate.

Sekai Project has stated that they are interested in localising games into languages other than English in future. The German translator Marcel Weyers, who has already translated a number of visual novels into German, has voiced interest in translating titles by Sekai Project and is supposedly in talks with the company.

Since Steam does not typically allow Template:W games to be sold on their platform, Sekai Project releases their adult titles through their partner company Denpasoft. For titles like The Fruit of Grisaia, an all ages version is available on Template:W, while the uncut adult version is sold directly through the Denpasoft website.

Retrieved from "https://nekopara.fandom.com/wiki/Sekai_Project?oldid=11583"
Community content is available under CC-BY-SA unless otherwise noted.